I love Audrey Hepburn. Not just as an actress, but as an actual person. She is truly amazing. I have tons of movies of her and books! She was an amazing person, my favourite quote (that’s actually on my resumé!) of her is:

As you grow older, you will discover that you have two hands, one for helping yourself, the other for helping others.

So long story short: I love her.

But my absolute favourite movie of her, Paris When It Sizzles, never EVER gets the love it deserves. So let me show you the way!

It’s basically movie about writing and acting out a movie. So, it switches between writing the script and acting out the script. Some people I’ve watched this movie with don’t understand it because it switches so much, but that’s why I love it, because it gets more ridiculous as we go! Audrey is typist, helping out a script writer to write his entire script in three days. William Holden is said script writer and together they figure out a way to write the most amazing movie ever; the Girl Who Stole the Eifeltower.

Not only is Audrey amazing in this movie, it also has music by Frank Sinatra and it makes references to all Audrey’s other movies, I’m not sure whether they put those little jokes in there about William Holden as well, because I haven’t watched any other movie with him in it.

Paris When It Sizzles is amazing, and whenever people talk about Audrey they talk about Breakfast at Tiffany’s (which is incredibly racist btw????), Sabrina, Roman Holiday, maybe even My Fair Lady, but people tend to forget all about this absolute GEM.

If you want to do anything fun today, please watch this movie! 🙂

Hi, welcome!
I’m Liselotte and on this blog you’ll find lots of books, lots of makeup, lots of vintage and lots of cats. Enjoy! ♥ 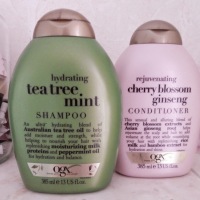