When you read as much as  I do (spoiler alert for an upcoming post: I’ve read 150 books so far in 2018…) you are bound to come across some horrible books. Well, not necessarily horrible, but just books you don’t enjoy. If you are in for some negativity, enjoy my post on the worst books of 2018!

Murder Gone Mad by Philip MacDonald
One thing you need to know about me, I don’t DNF books easily. I like to see how books end, but this book was one of those that I HAD to put aside. The story itself was interesting enough, a serial killer that seems to have no reason for killing young people and children, but the writing style was so incredibly bad and annoying that I just couldn’t finish it. I only read 45 pages, and the book itself was only about 220, but the writing was so bad… I love detectives, but this author is one of those that I will avoid at all costs!

the Castle of Otranto by Horace Walpole
This book was something I was really excited about. It’s a classic and gothic at that, I love me some good gothic literature! Unfortunately, this was one of the most boring books I’ve read this year. It has NO punctuation, which makes reading for me really difficult, and the story itself was just… weird? The prince dies (or disappears I’m not really sure anymore lol) so the king who is MARRIED HIMSELF, wants to marry the bride of the prince???? Like????? That’s so weird and everyone is just fine with that decision?? I hated it so much I had to DNF it. I just had to. I hate it.

the Great God Pan by Arthur Machen
So, the first two books had no redeeming qualities to me, the next few do in my eyes. the Great God Pan was described to me by Steven King (not personally obviously haha) as the “scariest horror ever!” and I’m not sure what he was smoking, but this definitely isn’t scary at all. I’m easily scared, like kids, really easily, but this one just wasn’t at all??? I liked the way it was written, but it was just so boring I had to DNF this. Maybe if nobody had told me this was the “scariest horror ever” I would’ve enjoyed it, but because I thought it would creep me out, I really expected a lot more of it than I got. Such a shame! 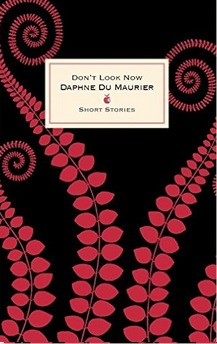 Don’t Look Now & Other Stories by Daphne du Maurier
I really wanted to get into reading Daphne du Maurier. People keep telling me how amazing her books are and how eerie and creepy they are, which is right up my alley. But I just didn’t like this at all. The writing style was way too slow for me, not creepy and just really average. There are 4 stories in this book, and I only got through 2. The writing reminded me of the things I wrote as a 13 year old, which just isn’t good haha. Maybe I’ll start with Rebecca this year, but if it’s anything like the writing style in this book, I will try to avoid reading anything from du Maurier for the foreseeable future.

Vampires: the myths, legends & lore by Aubrey Sherman
Ok kids, BUCKLE UP for the one book that made me incredibly ANGRY this year.   I finished book out of pure spite. I wanted to finish it because I hated it so much. I do see why SOME people like it, don’t get me wrong I’m not bashing your favourite book, but honestly, there are so many things wrong with this book. First of all, if you are in for a drinking game, take a shot whenever the author mentions Dracula, because you will be on your way to the hospital by page 10. If you actually want to learn anything about legends and myths, this book is definitely not something for you, as it only mentions European legends and decided that vampires was just a Europe exclusive thing, even though all continents have vampire myths but ok. There’s also a lot of wrong information in this book? Now, I’m not vampire expert, but most of these things are just a quick google search away to get your right information (for ex.: Dracula was not and will never be “the first” in vampire stories, sorry xoxoxo). If you want a little bit more information, here’s my review on it, otherwise, avoid, avoid, avoid! 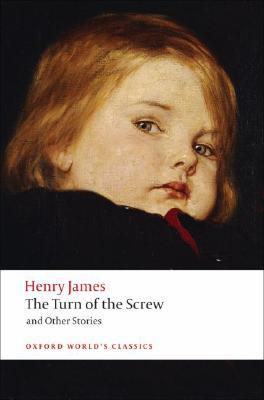 the Turn of the Screw and Other Stories by Henry James
Now, fun fact, I’ve been an au pair for years and I really enjoyed the work. I always wanted to read the Turn of the Screw as it’s about a nanny, but I never did it, as people told me it was an incredibly creepy book. As I”m easily scared, I didn’t read it until this year. Oh my word, this book was boring. It isn’t scary AT ALL????? Like honestly????? It was just a regular story and not scary and ok there are ghosts in it (wow!) but they weren’t even scary ghosts???? I’ve got a slightly more in depth review here, but guys, this isn’t scary. It’s just boring. And not a lot of childcare actually happens, as I don’t think Henry James even knows HOW to take care of a child, honestly. If you are in for a scare, this isn’t it. By far.

These are my worst books of the year! What were some of the worst book you’ve read this year? 🙂

It's finally time for me to bust out the pastels 🌞
What's up kids! Lately I haven't been wearing vintage, it's not really practical in my field of work and when I don't wear my pyjamas around the house I want to be casual so, more goth-y it is! But now the weather is getting better it's time to get my dresses out🌞 also, peep the dinosaur earrings they are to die for
If you know me, you'll know I love to collect old things. I especially adore old photos and I feel like they deserve some more attention. I'm going to sell a few because my collection is getting B I G and I want all of them to be appreciated to their fullest! I'm gonna share some of my most precious gems in my stories 💕
An ode to Wijn. Oh, how proud I am of her! This last year has been pretty bad for her. I broke up with my ex and she hasn't seen him since about August. No messages asking how she was doing, no nothing. And that isn't my choice, it is his.She already had very bad abandonment issues so imagine when that happened. But now after about 6 months, she's doing better than ever. She ADORES my brother and partner and is absolutely obsessed with my partner and will sit on him as soon as he's visiting. She is so happy now and it just fills my heart with joy. My little baby girl is doing so incredibly well, playig with her sister, giving her brother kisses, sleeping with my upstairs. I am so so so proud 😭💕💕💕
Loading Comments...
Comment
×
%d bloggers like this: