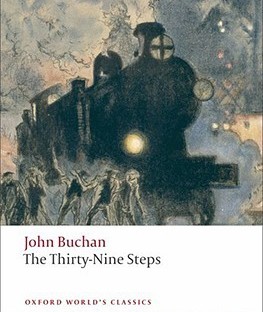 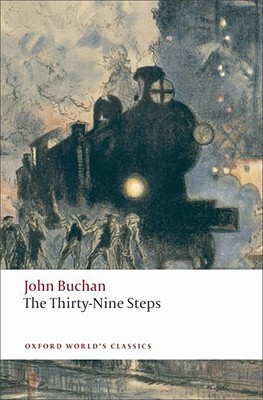 I’ve been on a real classics kick lately! I decided to expand my usual classic taste, and I dared to venture into Edwardian classics ( gasp!).  So, did my brave venture work out for me?

Adventurer Richard Hannay, just returned from South Africa, is thoroughly bored with London life-until he is accosted by a mysterious American, who warns him of an assassination plot that could completely destabalise the fragile political balance of Europe. Initially sceptical, Hannay nonetheless harbours the man-but one dayreturns home to find him murdered… An obvious suspect, Hannay flees to his native Scotland, pursued by both the police and a cunning, ruthless enemy. His life and the security of Britan are in grave peril, and everything rests on the solution to a baffling enigma: what are the ‘thirty nine steps?’

Ok so, this is a very short novel, it’s one of the reasons I got it! I never read anything by John Buchan, never heard of the guy, so I was quite interested in this work. What I know now though, is that I won’t be reading anything else by him.

“Why?” you may ask, well, this book was boring. It was only 100 pages, a 100 pages folks, that’s just about an hour and a half of reading. It took me more than 2 weeks to finish this book. The story was incredibly boring just like the writing. But that isn’t all, the main character is extremely unlikable, and I’m pretty sure that isn’t intended. He’s really full of himself and he’s just a dickhead. I can’t put it any other way.

Another thing that bothered me was that the main character was getting away with things too easily. He’s being pursued by bad guys? Oh look, a nice kind citizen who just casually gives him anything he was just in need off! I mean, I know this is just a book, but everything just went too well. I mean, he blew up an entire house but the only injury he got was a sprained shoulder. Yeah, right.

So, I’m not going to read anything else by John Buchan. I’m glad to have added this book to my Oxford Classic’s collection, but that’s all it’s been good for.

3 thoughts on “Review: the Thirty-Nine Steps by John Buchan” 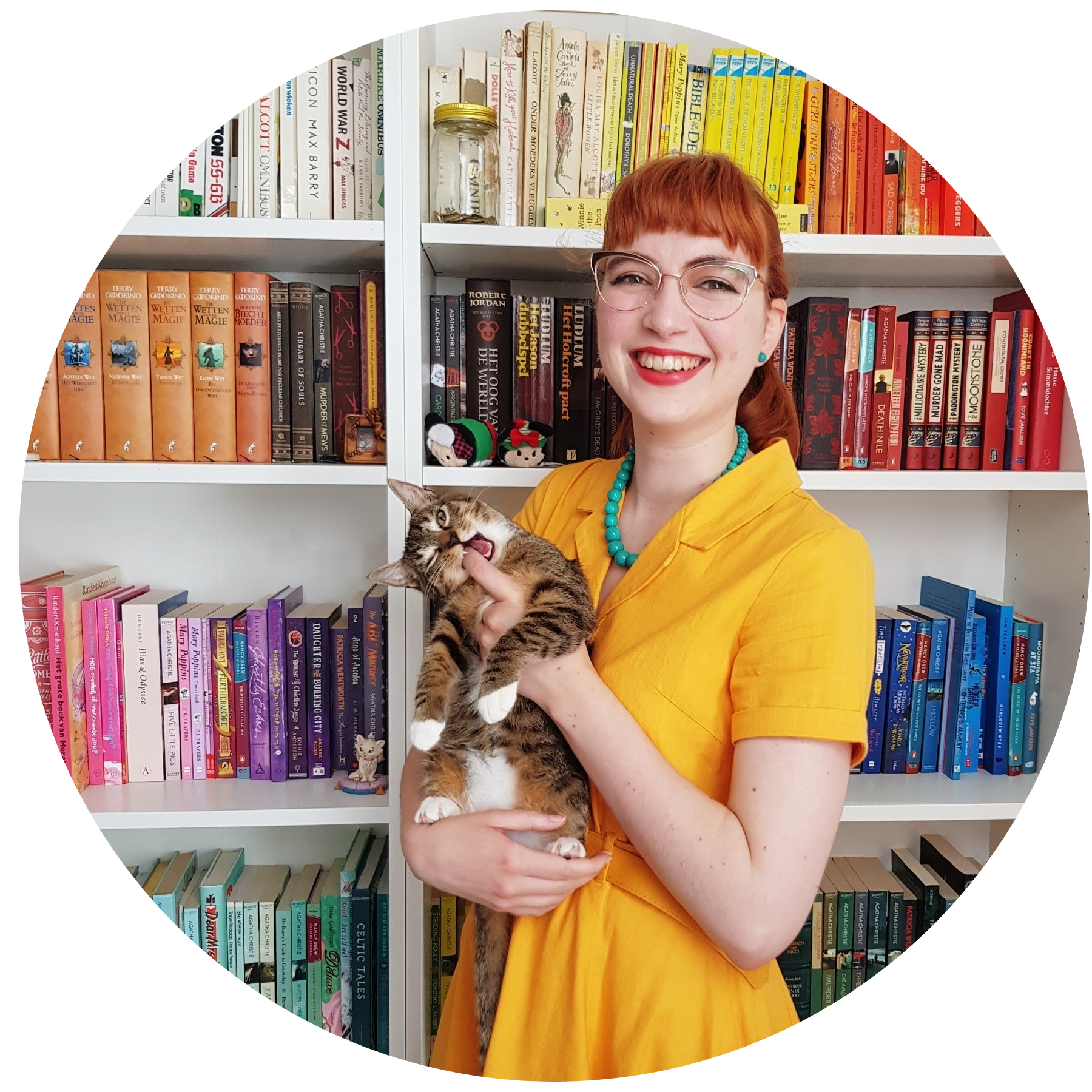 It's finally time for me to bust out the pastels 🌞
What's up kids! Lately I haven't been wearing vintage, it's not really practical in my field of work and when I don't wear my pyjamas around the house I want to be casual so, more goth-y it is! But now the weather is getting better it's time to get my dresses out🌞 also, peep the dinosaur earrings they are to die for
If you know me, you'll know I love to collect old things. I especially adore old photos and I feel like they deserve some more attention. I'm going to sell a few because my collection is getting B I G and I want all of them to be appreciated to their fullest! I'm gonna share some of my most precious gems in my stories 💕
An ode to Wijn. Oh, how proud I am of her! This last year has been pretty bad for her. I broke up with my ex and she hasn't seen him since about August. No messages asking how she was doing, no nothing. And that isn't my choice, it is his.She already had very bad abandonment issues so imagine when that happened. But now after about 6 months, she's doing better than ever. She ADORES my brother and partner and is absolutely obsessed with my partner and will sit on him as soon as he's visiting. She is so happy now and it just fills my heart with joy. My little baby girl is doing so incredibly well, playig with her sister, giving her brother kisses, sleeping with my upstairs. I am so so so proud 😭💕💕💕
Loading Comments...
Comment
×
<span>%d</span> bloggers like this: